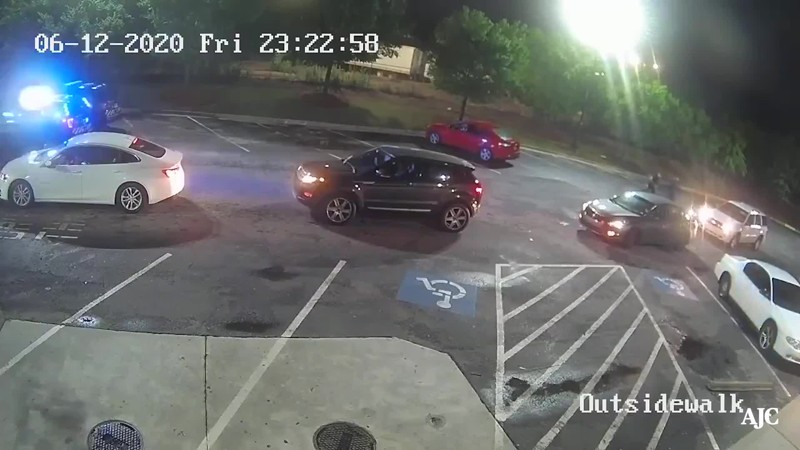 A 27-year-old man was shot and killed by Atlanta police Friday evening during a struggle in a Wendy’s drive-thru line that was captured on video.

By Saturday afternoon, Police Chief Erika Shields had resigned her position and Atlanta Mayor Keisha Lance Bottoms called for the officer who fired the fatal shots to be terminated.

RELATED: Erika Shields steps aside after 3½ years as APD chief

Officers were called to the restaurant after receiving a complaint about a man asleep in his vehicle, which forced other customers to go around his car to get their food at the window. The man, Atlanta resident Rayshard Brooks, was given a field sobriety test, which he reportedly failed, according to the GBI.

The GBI is investigating an OIS involving one male subject & Atlanta Police Officers. The subject is deceased. One officer was treated for an injury and released from the hospital.

Editor’s note: This video contains graphic content. It does not show the shooting.

Some details in the fatal shooting are not confirmed yet, and the AJC will be updating this story.

GBI Director Vic Reynolds said surveillance footage from the Wendy’s appeared to show Brooks turn toward the police and attempt to fire the Taser as he ran away.

That’s when the officer chasing Brooks pulled out his gun and shot him, authorities said.

Brooks’ death comes after weeks of national protests over officers’ use of force, particularly against people of color.

The nationwide demonstrations began in the wake of George Floyd’s death at the hands of Minneapolis police. Floyd, a black man, was pinned under the knee of officer Derek Chauvin for nearly nine minutes.

By Saturday morning, a group of protesters had gathered outside the Wendy’s where Brooks was fatally shot.

John Wade, a leader of the demonstration here at the Wendy’s on University Avenue, where Rayshard Brooks was killed overnight in an officer-involved shooting:

“This is the new ground zero. Another man was taken right at this spot.”https://t.co/Kv1vwlbkwU pic.twitter.com/l9eT2b7ylT

John Wade, the leader of the demonstration, called the parking lot “the new ground zero.”

“Another man was taken right at this spot,” he said.

Some protesters also started a makeshift memorial outside the fast food restaurant, leaving behind flowers and cards with Brooks’ name on them.

Additional details surrounding Friday night’s shooting are unclear, and neither of the officers’ names has been released. The GBI said one of the officers involved in the incident suffered minor injuries. He was treated at the hospital and released.

The GBI also said it is aware of the cellphone video circulating online and reviewing the footage as part of its investigation.

The GBI is aware that there is video posted on social media captured by witnesses in this incident. We are reviewing the video & the early investigative information in this case. We’ll provide an update as soon as we can.

— Please return to AJC.com for updates.